Showing posts from October, 2015
Show All

Antiquity of Jainism in Andhra Pradesh 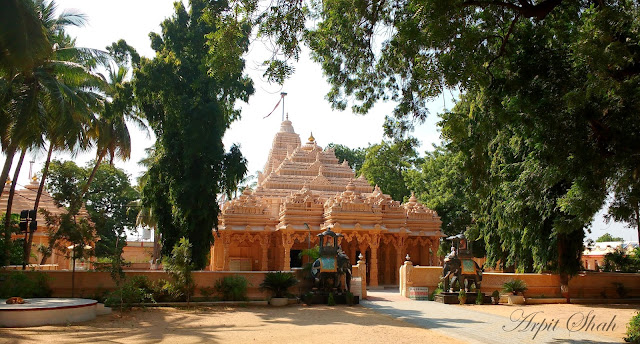 The antiquity of Jainism cannot be disputed as the most ancient religion in the word as the most ancient texts of Hinduism, i.e. the Vedas and the Puranas also mention the fact. However, in the passage of time, it declined considerably. Today also, countless ancient statues of Jain Tirthankars are excavated by archaeologists which prove its antiquity. One such region where Jainism used to thrive but declined subsequently is the Andhra-Telangana belt. Today we can find several relics which tell us about the glorious past of this region. My recent wanderings took me to these remote areas of Andhra Pradesh of which Jain’s seldom know about. Although this region has witnessed the growth of many new tirths, let us go through a virtual trip to those places which have significant antiquity related to it. For the detailed map click here We start from Kulpakji Tirth which is approximately 80 km from Hyderabad city. Kulpakji Tirth One of the most famous Jain pilgrimages of the Andhra region is
2 comments
Read more
More posts