I have not yet made myself capable enough to answer these questions, but I have been blessed to meet one such person in my life who has taught me the real meaning of devotion; who has shown me how even a tiny thread of faith can give so much hope! From the day I have seen her, I have understood that a mere trust on the divine gives the conviction to move mountains.

Everyday at around 7 in the morning, she can be seen alone near the Jain temple on Canning Street holding a tattered cloth bag in one hand while the other hand guides her the way forward. She walks very slowly balancing her way on the uneven roads and doesn’t even carry a walking stick. Patiently she waits for the traffic to ease so that she can cross the street. Sometimes she requests the occasional passerby to help her cross the road. I do not know her name or from where she comes, who her family members are or where she goes - I have just seen her frail aged body trying to gauge the way to the temple daily.

Once she enters the gates of the temple, she fumbles through the stairs trying to support herself on the railings. Occasionally fumbling with her belongings, she tries to find her pooja thali inside her bag. Her hands show the path as she makes her way to the garbha gruh (sanctum sanctorum). Once her hands find the figurines on the doorway she humbly bends in devotion and places her head on the pedestal of the sanctum. Holding the doorway she enters the sanctum, a silver thali and katori in her hand, considerably darkened by the passage of time.  Her hands struggle to find the right foot and the tilak of Lord’s idol to make an offering of saffron. She gladly accepts if someone offers to help her conduct the complete puja. Occasionally tears flow from her eyes reflecting the happiness and her true devotion towards the lord.  She cannot see. She is blind.

Everyday I see her struggle to conduct puja and try to help whenever possible. But in reality, I have failed to understand her love for the lord. I have been blessed with everything in my life, still I have always complained in front of lord - while on the other hand, she only wishes to meet him! If something similar happened to me, I am sure that instead trusting the lord, I would have cursed him - why me? What wrong did i commit that you have taken so much away from me?

But here she is- the one who doesn't complain and doesn't ask for anything except giving her the strength of coming to the temple daily. I've heard her mumblings a couple of times which have remained the same almost every day: "He dada ! Taara thi dur na raakhje" (please don't take me away from you my lord!)

She has seen the divine in her blindness which I have failed to see even with my eyes open. Sometimes I feel that fate has not been kind to her, or else why would a devotee have to struggle so much to meet her lord? Why can’t the wish fulfilling Adhishtayak dev & devi’s answer her prayers? Maybe the answers lie in the theory of Karma, but I can only learn one thing from her – her devotion – her faith.

I've heard that people without vision, people suffering from multiple disabilities live happily - some of them have even gone ahead and  completed 99 Jatras of Giriraj Shatrunjay, and here I continue to sulk and complain ! I wonder when will I get even an ounce of such unparalleled devotion !

Witnessing this devotion, I have tried to pen some lines for the unwavering faith on the divine: 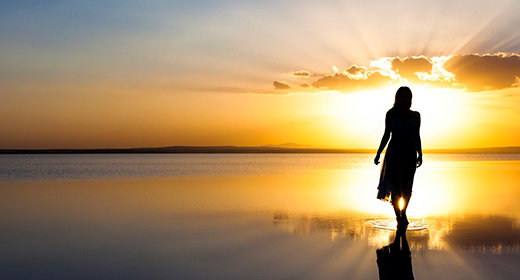