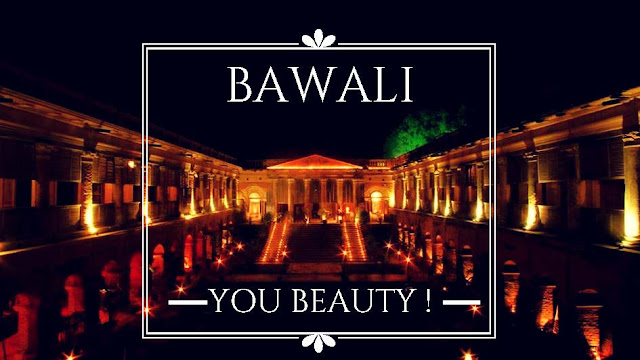 Just 40 kms and an hours drive from the maddening crowd of Kolkata lies the quaint little village of Bawali, preserving the heritage of the bygone era. While the village (named after a local tribe - 'Bauli') has been tremendously blessed with the bounty of nature, it is the grand Rajbari, which steals the show. As per local legends, Basudeb Ray, a prominent courtier of the Mughal Empire (under Emperor Akbar) fought a rebellion and, in return, was bestowed the zamindari of the area of Bawali in the 17th century.  His decendant Harananda Mondal expanded the Zamindari and built this grand mansion- a majestic two-storied palace spread over three acres.

With trade partnerships with the British, the Mondal family flourished under the patronage of the East India Company, living like royals. At one point of time, the family even had a private army of 400 soldiers! The family is also credited for the construction of some of the finest temples in the village - the most famous being the Navratna (nine-domed) Gopinath Jiu Temple built in 1794. The terracotta inlaid temple which is said to have inspired Rani Rashmoni’s famous Dakshineshwar Temple sadly lies in ruins today.


However, the Rajbari has a story typical of many old palaces in India: this once-illustrious headquarter of a sprawling zamindari fell into ruin after India's Independence.  The abolition of the Zamindari Act in 1951 and the Privy Purse in 1971 ensured the downfall of the Mondal family and the abandonment of Rajbari.

Uninhabited for more than 40 years, the neo-classical palace, had been given a new lease on life by Mr. Ajay Rawla by converting the Rajbari into a Heritage Hotel in 2009. Laden with bougainvillea trees, lakes and antiques (statuettes, four poster beds, canon balls, intricately carved mirrors and beautifully adorned metal gates) the Rajbari retains its old world charm and stands out as a tranquil oasis. The Rajbari also houses a Spa, Meditation house, conference area and a beautiful swimming pool. Prior reservation in the hotel is required to visit the Rajbari. We are very thankful to Mr. Rawla for letting us visit this beautiful Rajbari and for his generous hospitality.

Other areas of interest near Bawali-

How to Reach : Bawali can be reached from Budge Budge or via Amtala on the Diamond Harbour Road from Kolkata.